InFocus: Cracking down on finfluencers 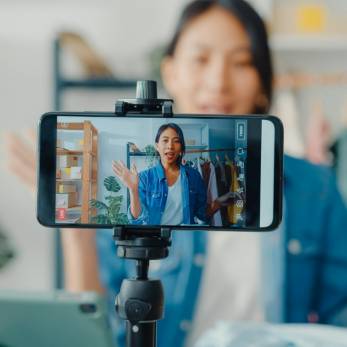 In a much-needed information sheet this month, the Australian Securities and Investments Commission finally issued guidance for ‘finfluencers’ and for licensees who worked with them.

The industry had previously called for more guidance and information on what finfluencers needed to consider and the regulator listened, warning they could end up in jail or fined if they gave financial product advice without a license.

It also provided clear examples and case studies over what would and would not be classed as financial product advice which was helpful in understanding what was within the law.

Providing an opinion on products or on a potential return from a product was classed as an example of content that was misleading and financial product advice. On the other hand, descriptions of product or money saving/budgeting tips were unlikely to be so.

Failing to explain or highlight a product’s risks or claiming a product was ‘risk-free’ was also said to be misleading and deceptive.

It was not just finfluencers who came under the regulator’s watch, financial advisers and other licensees were also warned they needed to be wary when considering working with finfluencers and could find themselves guilty of misconduct.

Licensees should do their due diligence, put in place appropriate risk management systems, have sufficient compliance resources and consider target market obligations with the Design and Distribution Obligations (DDO), ASIC said.

Stuart Holdsworth, chief executive of Financial Simplicity, said he believed more advice and guidance was needed for consumers, not just advisers, as they didn’t necessarily understand the risk levels of what was being promoted.

“What is the onus on the Government or the industry to provide more education to consumers and to help them grade social media influencers versus licenced financial professionals and treat them with the appropriate level of weighting?

“ASIC is trying to populate its MoneySmart website with this information but is that sufficient in today’s world?”

This was echoed by Judith Fox, chief executive of the Stockbrokers and Investment Advisers Association, who said consumers may be unaware  finfluencers lacked any education or professional obligations.

“Because finfluencers are not licensed financial advisers, there is a lack of consumer protection so if something goes wrong then that was a great concern to us. We were also concerned that consumers didn’t understand these people didn’t have educational qualifications and weren’t obliged to meet any professional standards.”

Fox added her members had noted an uptick in shares information being spread on social media.

“If people are saying ‘this is a great buy’ then that’s straying into market manipulation territory so there’s a big difference between talking to someone about a share generally and how it’s performed and saying ‘buy, sell’.

“We were concerned for both the good ones who might be inadvertently straying into financial advice and also for the ones out there who are doing pump and dump shares which is illegal.”

She also highlighted cryptocurrency, which was topic de jour for many fininfluencers, was not yet a regulated financial product which made it hard for the regulator to protect.

“The hardest thing still yet to be addressed is that crypto is not a financial product and is still outside the loop. That’s an area that needs to be looked at and they need to think how to deal with it.”