By Stuart Holdsworth3 March 2009No Comments 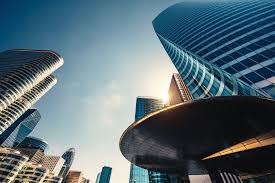 The total Masterfund market, comprising platforms, wraps and master trusts, dropped nearly 15 per cent for the year to 30 September 2008, according to the latest statistics from Plan for Life Actuaries and Researchers.

Master trusts, which comprise 16.9 per cent of the market, dropped 11.7 per cent.

The biggest loser was Macquarie Investment Management, which saw its funds under management (FUM) fall by a whopping 23 per cent from the previous year.

Large falls were also felt by Asgard, whose FUM fell 16.6 per cent. MLC Ltd saw its FUM fall by 18.4 per cent.

Even AMP Financial Services, which took pole position for the total Masterfund market, reported a drop in FUM of 11.9 per cent to $41.1 billion.

Inflows for the market were also down to $110.9 billion from a record $145.7 billion in the previous year.

The research firm said all major companies reported small to medium negative growth over the year.