The regulators fiddled while we got burnt

By Stuart Holdsworth7 January 2009No Comments 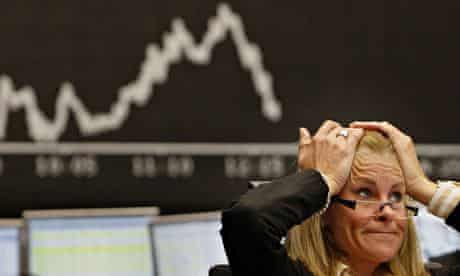 The regulators fiddled while we got burnt
Ian Verrender
January 8, 2009
Forget the 1980s. That was just a warm-up for the main act. These are the dying days of the real decade of greed. And there is no greater example than in the recent trading in Babcock & Brown shares.

The past couple of days has seen some wild gyrations in the share price of a company that clearly has no future. Even John Cleese at his Monty Pythonesque best would have difficulty arguing that it was just resting or “pining for the fiords”.

This is a dead company, gone to meet its maker. So who in their right mind would bother buying shares in a company that was a dead cert to collapse? And particularly on the very day the corporation announced it had “negative net assets”?

The answer? A hedge fund that finally was calling in a short selling position. A what position, I hear you ask.
About a year ago, an unnamed international hedge fund sold shares in Babcock & Brown around the $18 mark. In fact, it sold about $400 million worth of Babcock & Brown shares. That’s right, it banked $400 million.

The slight technical hitch is that it didn’t actually own the shares it sold. Instead, it borrowed them, presumably from some dumb insurance company or superannuation fund for a nominal fee.

This week, that very same hedge fund figured it would maximise its gain by closing out its position. That means it had to buy them back. And it is that buying that has pushed up the share price.

The shares it sold for $18 – which it didn’t even own – this week were bought back for an average price of 40c, delivering an enormous profit to the hedge fund. And it relieved its debt by delivering back those shares it borrowed. Forget the fact they are almost worthless.

Due to the appalling lack of disclosure rules on our sharemarket, we will never know the identity of the hedge fund.
More importantly, for those people who have their money tied up in the super fund or insurance group that lent this stock out a year ago, we will never discover the identity of the schmuck who earnt a couple of thousand dollars commission while he watched close to half a billion dollars of his clients’ investment almost totally evaporate.

Like just about everyone in businesss these days, managed investment funds have discovered new and interesting ways of masking these types of transactions. A mixing pot suddenly emerges in which the very bad deals become blended with great ones. And if the overall result is negative, this year we have the best example ever as to why your super funds have shrunk. Haven’t you heard of the global financial crisis and the global recession?

The meltdown in stock and debt markets has provided an easy excuse behind which almost every incompetent player now can hide.

Take a look at Babcock’s recent trading. On New Year’s Eve, Babcock shares were trading at 15.5c. Yesterday they hit a 46c peak before closing 15 per cent lower at 32.5c.

The official line from the company is that the price spike followed a decision by its banking syndicate to give the company enough leeway to conduct its own liquidation rather than have administrators or receivers appointed.

That means no forced sales. That means creditors will end up with a bigger proportion of the bad debts repaid, which is terrific news for creditors.

But has everyone overlooked the basics? If there is not enough cash to repay the secured creditors in full, the share price should be, at best, zero because as we all know, shareholders stand last in line.

Share prices can’t really go any lower than 0.1c (just look at the Macquarie-backed tollroad company Brisconnect) but B&B keeps on bouncing around even though it is in unofficial liquidation.

It is a year since it became obvious that something was horribly amiss on our sharemarkets. The dearth of information, the arrogance of the bullmarket high-flyers have been overshadowed only by the stupendous incompetence of our market regulators.

Where has the Australian Securities and Investment Commission been during the past year? Just think of the accounting irregularities, conflicts of interest, insider trading, fraud on a grand scale with stock lending and undisclosed short selling, the total absence of rigour in terms of enforcing disclosure. Even those involved are stunned that there has been precious little in the way of prosecutions or even investigation of their activities.

Maybe this year will be different. But don’t bet on it.