By Stuart Holdsworth18 December 2011No Comments 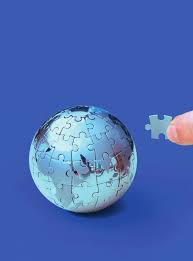 Aren’t we living in interesting times ? There is so much change happening in most of our lives, and the wealth management industry does not appear to be immune from change either, in fact quite the opposite. With FOFA, increasingly aware and connected consumers, social media, a period of unprecedented innovation in both technology and business models, and other regulatory changes slated, sitting still is probably not a long term option for any business in the wealth management industry today.

We are seeing unprecedented levels of activity in the dissection of the overall superannuation industry proposition, and with it unprecedented amounts of what I call ‘supply chain pirating’ where industry players are starting to become predatory over their traditional trading partners in order to increase the relevance of their offer, increase profits or perhaps even just remain viable. It is perhaps no surprise that an increasing number of organisations are inviting me to look at direct to consumer or ‘do it with me’ investment propositions, remembering that ‘D2C’ was written off by many only a few years ago.

Amongst all of this, there is considerable debate about increasing the SGC from 9 to 12% which at face value appears to have considerable merit in a world where there are clear gaps in meeting pension obligations placing stress on governments and ultimately the overall financial system.

However is it really as simple as that ?, just increase the amount of the proportion of everyone’s income that has to go into retirement savings and off we go, another boost to the wealth management industry. In a world of voting consumers who are probably starting to apply an increasing focus to their financial affairs, I suspect many questions are being asked about increasing SGC, and decisions being considered.

So what are going to be some of the changes, decisions and innovations that the impact of increasing the SGC from 9 to 12% may fuel ? At one end, is could be just more monies for the industry to manage and perhaps increase profits, or at the other end, will such a change to the amount of employees monies going into super increase consumer focus, make SMSFs more attractive to the alternative, and perhaps further dissection of the supply chain, encouraging more DIY or DIWM (do it with me) investing, and the traditional mainstream industry loose out ?

Clearly the tipping point for making a decision to set up a SMSF, which is often the first step in dissecting superannuation administration from investment management for many, is different for everyone, and it is not just about fees either, it includes tax efficiency, control, trust, transparency, and probrally many other emotional and irrational considerations that when at 12% of income may become higher priorities.

But also, is the shift to a SMSF also about being a member of the pack, the pack of self-determined individuals who are increasingly informed by social networking and the world wide web, enabling stand up novices to be well informed in very short space of time, leveraging each other’s knowledge rather than relying on experts. This group of people are often less enthused about ‘products’ designed for a market segment, but more interested in ‘why is this right for me’ ?

What appears to be the situation here is that there is a continually moving and sensitive balance between government finances, personal finances, popular opinion (or protest) and wealth management industry efficiency to service an increasingly demanding, informed, price sensitive and challenging consumer.

So with an increased SGC and the emotion and practical changes that this brings, will this fuel an increased temptation for workers that were borderline before to set up an SMSF ?, and if this is the case, what does the mainstream industry need to do to counter such ?

The answer in my view has to lie in the broader industry providing a superior value proposition in terms of the client experience and outcomes, and probably with some examination of costs also through increased administrative and investments operational efficiency. There are so many aspects to customer experience that count, but key ones that come to mind are ones of communication to investors and investment management. The benchmark for comparison now and available to SMSFs is the ever evolving on-line world of self, or professionally managed, personalized portfolios that can their investments on low or no cost platforms, access to a broad array of investments to cover most asset classes, in some cases with associated portfolio analysis, available on smart phones and tablets, and perhaps with advisers on-hand to see the same information only a call away.

From an investment management perspective, will offers have to progress beyond a ‘product’ with a mandate that attempts to be a best fit for a broad range of investors, to something that demonstrates the accommodation of differing terms to retirement or different emotional or other needs of investors ? Does it really make sense that 20 year olds and 50 year olds may be invested in the same product or fund ?

The technology change is well under way and moving faster than ever, however there is also a challenge of changing an industry culture under way, to move beyond an theme of product distribution to that of client centricity, the way the consumer sees it, not the industry. After all service is what is received not what is given.

With many areas of the world recognizing that there is quite a shift required to attain a position in the new world, the race is on to deliver this new industry model in a scalable, viable, efficient manner, and yes it can and is being done. Many are saying that the benchmark to stem the flow to a more self-directed investment model may be the offering of mass personalized individual portfolios at considerably less than 100 basis points all up. Something has to give.